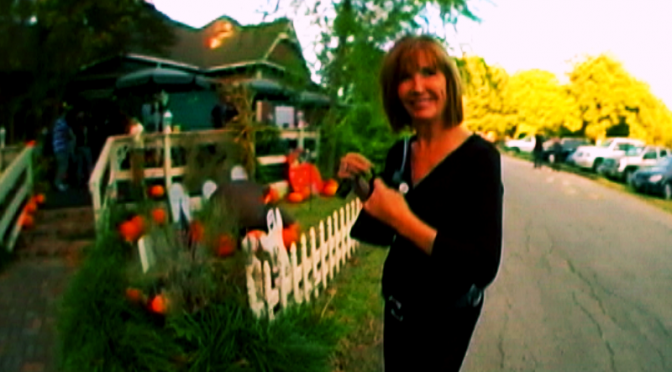 Tom and Melissa Baker founded the Catfish Plantation in 1984 after tiring of the corporate world and wanting to settle down in a small quiet town. They had a dream and that dream came true when they stumbled across this vine-covered house at 814 Water St. There was something magical in this old dilapidated house.

The 1895 Victorian structure had been the home of three previous restaurants. Having been left vacant for several years, the location was the worst possible location for a business, but the Bakers were drawn to this house.

Shortly after opening for business, strange and unexplained events began happening. One morning Melissa found clean coffee cups stacked inside the large tea urn that had been mysteriously placed on the floor. Several weeks later a fresh pot of coffee was awaiting her arrival. She had the only key to the restaurant.

Employees and customers began having unexplained experiences. One of the fry cooks experienced baskets levitating over the deep fryer; another employee leaving one night saw a blue light glowing from the window. One night, one waitress’s husband came late to pick her up and on their way back to their car a young woman wearing what looked like a wedding dress appeared in the front window and then simply disappeared.

After having parapsychologist Dwanna Paul and her team of experts visit the restaurant, it was determined that the restaurant was indeed haunted by three possible spirits, Caroline, Will and Elizabeth. All had died in the house and had lived at the location at different times. They each carry their own characteristics. Caroline is known to throw things, especially in the kitchen area. She does not like anyone in her house as she still feels she is the woman of the house.

Will, who was a farmer, likes to flirt with the ladies by putting his hand on their knee, resulting in some ladies feeling cold spots on their knee. He has also been known to move salt and pepper shakers around on tables that have been set for customers. Elizabeth, who was murdered on her wedding day by a jealous ex-lover, will periodically appear in the front window in her wedding dress.

As a result of the many occurrences that have happened at the Catfish Plantation, many news media had contacted the Bakers to do stories on the restaurant. Some of the publicity has included local TV news affiliates, including ABC, NBC, CBS, and FOX.

The restaurant has been on national television shows; “A Current Affair,” “Ocurrio Asi” (a Spanish speaking international show aired in Mexico, South America and Spain), “Good Morning Texas,” and the 2003 fall season premier of “King of the Hill.” In 2006, Texas Highways magazine’s Peoples Choice Award voted Catfish Plantation one of the top ten favorite catfish restaurants in the state of Texas.

Visit the Catfish Plantation at 814 Water Street in Waxahachie, Texas  (Tel: 972-937-9468) for the best in Cajun-spiced seafood and a haunted atmosphere you won’t soon forget.